MDRID — Jobandtalent – a workforce marketplace that matches workers with temporary roles – announced it secured $500 million in equity investment from Kinnevik and SoftBank Vision Fund 2, closing out its Series E round.

Additionally, the company secured $75 million in debt financing from Blackrock. This investment gives Jobandtalent a $2.35 billion valuation. The funding will be used to accelerate the company’s expansion in key markets such as the United States, significantly increase the size of its tech and sales teams over the next two years, and add key executive roles.

Jobandtalent has developed technology to match workers with temporary roles at companies in a range of sectors including logistics, e-commerce, warehousing, and manufacturing. As the marketplace grows, the technology is able to learn and make even better matches – meaning more workers finding and staying in good jobs, and happy companies with lower attrition rates.

The ultimate goal is to make it easy for people to find regular, dependable work and have the security and perks typically associated with full time employment – including pensions, sick and holiday pay, health insurance in some markets, and training courses. Workers can apply for and manage roles, submit paperwork, sign contracts, and get paid entirely within the Jobandtalent app.

“With temporary working increasingly becoming the norm, the opportunity to help workers find reliable, consistent jobs is growing by the day,” said Juan Urdiales, co-founder and CEO of Jobandtalent. “The Jobandtalent platform has found the right roles at the right companies for more than 100,000 workers in the first 9 months of 2021 alone, providing them with the benefits and security of full time employment. Even with the current pressure in the labour market, we are able to find and match workers with roles at a much higher success rate than others. We are excited to accelerate the expansion of our team and grow our presence in both new and existing markets – helping more workers find the jobs they want, and helping businesses fill the roles they need.”

Natalie Tydeman, Senior Investment Director at Kinnevik, said: “Jobandtalent’s workforce-as-a-service platform is disrupting the modern labour market and placing people back at the centre of employment. By offering a personalised service driven by data and proprietary technology, Jobandtalent is simplifying the experience of finding work for thousands of people and transforming it for the better. We’re proud to be working with Juan and the team to accelerate the growth of the business.”

More than 1,300 companies – including DHL, FedEx, XPO, Ceva Logistics, eBay, IKEA, Kuehne & Nagel, JD Sports, Ocado, Sainsbury’s, Argos and GLS – use the Jobandtalent platform to easily and efficiently match the right temporary roles with the right workers. This has ultimately led to higher levels of worker satisfaction, fulfillment rates, and retention, even during the global labour shortage. The Jobandtalent platform employs the workers directly and manages all of the back-end administrative processes including payroll, timesheets, and legal compliance. Overall, employees on the platform have an average NPS score of 56 compared to the industry average of 18.

Jobandtalent currently operates in 9 markets and is actively hiring for roles across Europe and in the US. The company is growing 130% annually, and has been EBITDA positive since the second half of 2020. Existing investors including Atomico, DN, Infravia, Kibo and Quadrille also participated in the round. 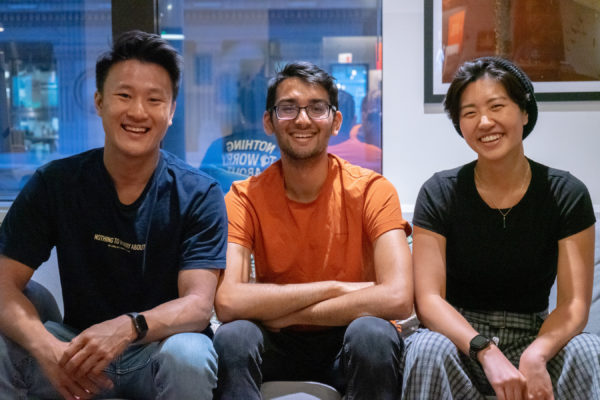